Honors Alum Seeks to Become Agent of Change Through the Courts 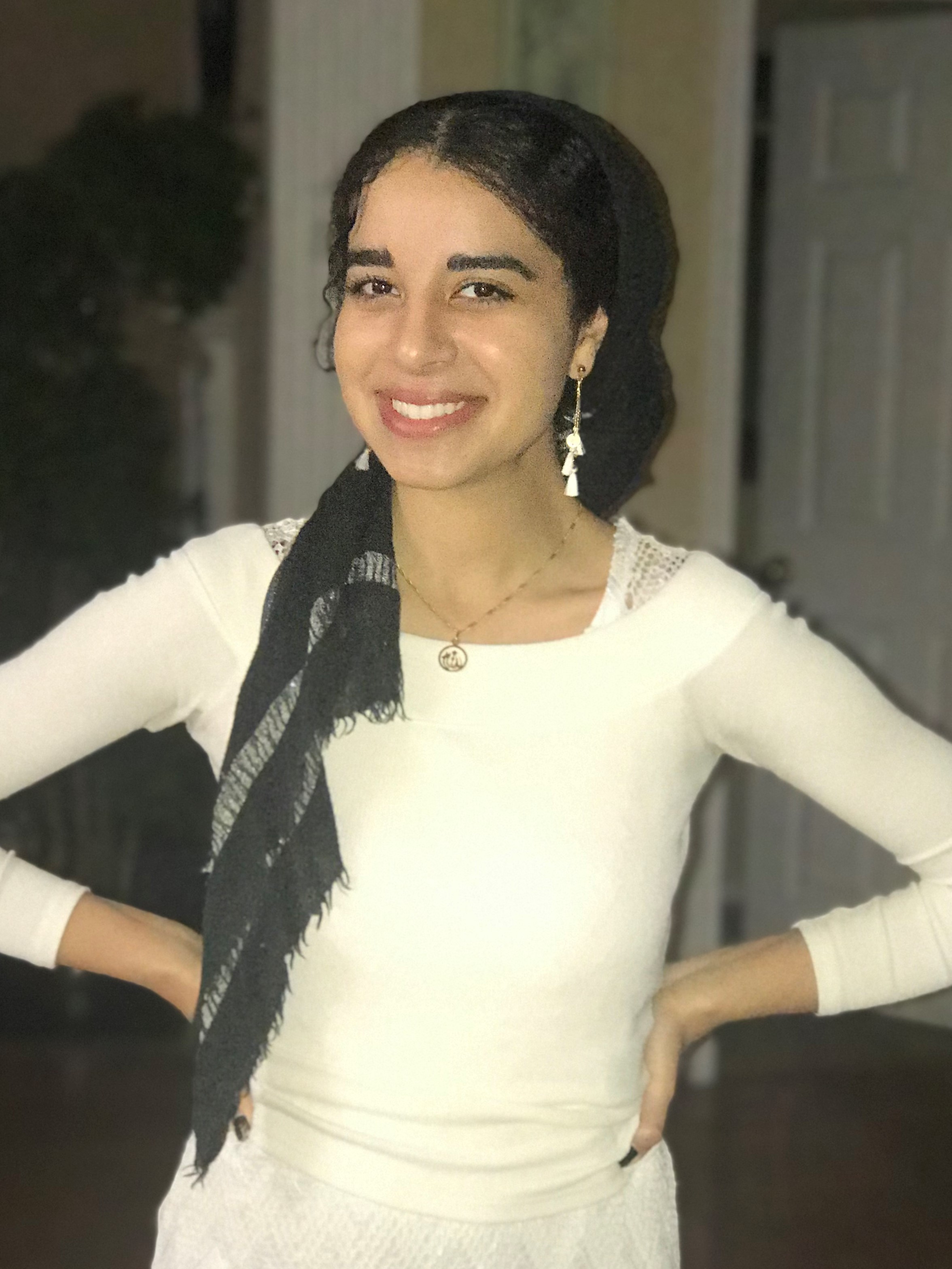 When Maryum Elnasseh would travel with her family back to their home country of Egypt as a child, she started to see the difference between her life back in Richmond and the lives of kids her same age in Egypt.

And it did not sit well.

“Poverty there was so in your face and I think the contrast between there and my life back home, and what I saw in Egypt was very bewildering,” she said. “As a six-year old I would see kids my age on the streets begging for food and then I would come back home and see kids in my class throw away their lunch. It felt very unfair even though I didn’t have the words for it at the time.”

Eventually, as Maryum grew older, she found words and ways to make sense of the disparity that she was seeing.

“I developed a sense that things need to change,” she said. “The world is not OK as it is.”

This would be Maryum’s driving force through her entire time at Virginia Commonwealth University as a double major in Mass Communications and Political Science and as a member of the Honors College where she would graduate in the spring of 2020. It would also serve as her driving force after leaving VCU and working as a journalist and this fall enrolling in law school at New York University.

“VCU stood out compared to the other schools in Virginia because of how vibrant and diverse it was,” she said. “That was huge for me as a person of color coming from a high-school that wasn’t very diverse.”

At VCU and in the Honors College, Maryum found a place she could feel comfortable and faculty that would help provide her with the tools to put action toward the injustices in the world she saw.

Some of the most impactful classes for Maryum centered around global politics and social change in the Honors College, she said. Classes such as “Theater and Social Change” and “The World 9/11 Made” were a revelation.

“Being exposed to a wide range of thought at an age where you are very open to new ideas felt very impactul,” she said. “Also having professors who are so deeply ingrained in their fields and had such a wealth of knowledge to share.”

Being exposed to a wide range of thought at an age where you are very open to new ideas felt very impactul.

Maryum, who is quick to acknowledge the difficulty of Honors Rhetoric, also credits the class as one that helped mold her into a writer, thinker and researcher. 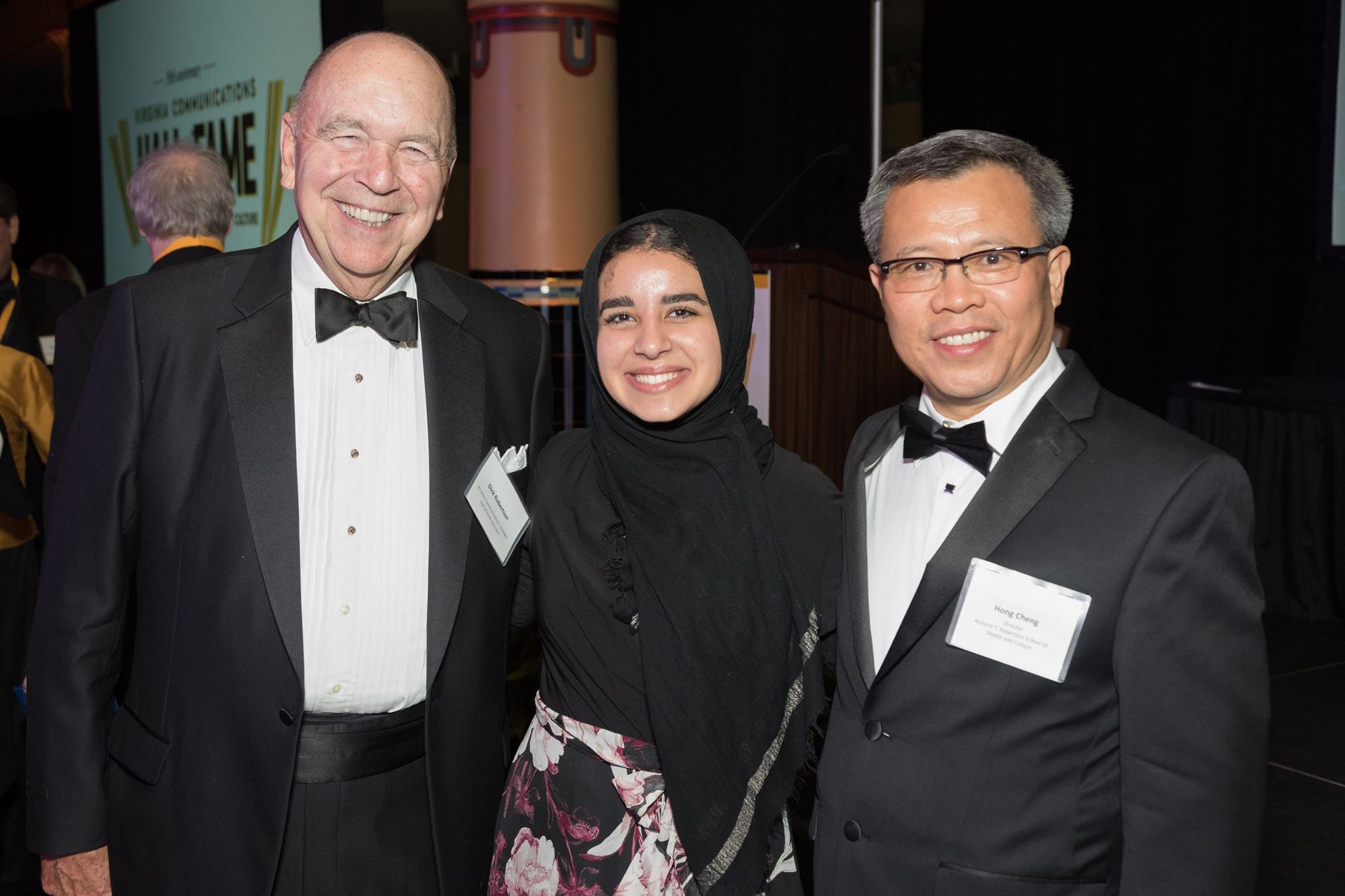 “The Rhetoric class, to this day, was probably the hardest class I took in all four years of college,” she said. But it built up foundational skills, like research and writing, that I continued to use throughout college and after.”

During her sophomore year, Maryum enrolled in the Open Minds Program. The program, which is a partnership between Richmond City Sheriff’s Office and VCU, allows students to learn with incarcerated individuals where they share a common curriculum.

“That ‘Writing and Social Change’ course was transformative for me,” she said. “I had never been exposed to James Baldwin or Jesymn Ward–who are now two of my favorite writers– until this program. We were reading these incredible pieces of writing in jail with people who had so much to say about the writing.”

This course was also the first time Maryum ever had a fellow woman of color as a professor, which made the experience all the more significant for her, she said.

Aside from learning from her fellow students in the program, the class also helped Maryum have a breakthrough as a writer.

VCU stood out compared to the other schools in Virginia because of how vibrant and diverse it was.

“Doing the writing assignments helped me have a moment of clarity about myself,” she said. There was one assignment where I had to write a letter to my younger self that was inspired by a James Baldwin essay, ‘A Letter to My Nephew,’ and the writing just poured out of me. It was the most cathartic writing experiences I had ever had in my life. Without that assignment and without learning from my professors in the program and the individuals within the jail, I don't think I would have been able to write that.”

Another experience that helped shape Maryum’s time at VCU was participating in the Critical Language Scholarship program shortly after graduating in 2020. With the help of the National Scholarship Office, Maryum was selected as a recipient to study Arabic through the program, which helps U.S. students “learn languages essential to America's engagement with the world.”

After graduating Maryum landed her first position as a writer and fact checker for the political magazine, “In These Times.” While there, she helped support articles that documented injustices occurring across the world.

And leaving her role as an editorial assistant, Maryum enrolled at law school at New York University as a Root-Tilden Kern Public Interest Scholar to begin the next step of her career. It’s here that she hopes to fully achieve something she dreamed of as a studious high-school student who binge read articles on Supreme Court cases for fun.

“There are many whys for law school,” she said. “I had a kind of epiphany moment, after reading about all of these landmark Supreme Court cases, where I realized the courts are a way to make a significant and lasting systemic change in the world.”

After she is done with law school, Maryum hopes to work in international human rights law.